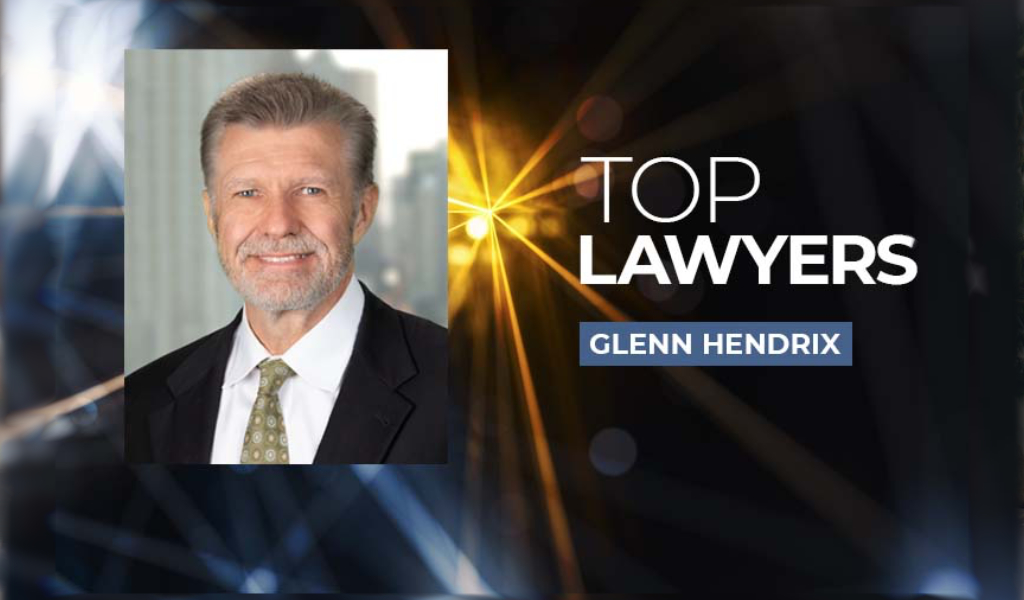 Glenn Hendrix: How To Be A Top Lawyer In Your Field

What does it take to become a successful lawyer in your particular niche or practice area? In a series of in-depth interviews for the Estrin Report, Chere Estrin profiles top lawyers from all types of practices. In this column, we zero in on their top tips. This week, we feature Glenn Hendrix, chairman of Arnall Golden Gregory in Atlanta.

Glenn Hendrix has been described by his peers as “the chairperson you wish to have.” Glenn prides himself on being “determined, efficient and effective.” In addition to being the chairman of Arnall Golden Gregory, his law practice involves representing companies in government investigations and federal False Claims Act cases. He also handles a range of cross-border business disputes and often serves as an arbitrator. What does Hendrix believe attorneys need to be at the top of their field?

Five Things You Need to Become a Top Lawyer

1. Know your client’s business and industry.

For False Claims Act cases, you must know the regulatory environment in which your clients live. That gives you a leg up. In these types of cases, the right approach usually shows the government portraying an issue as black and white, when in reality it’s usually quite gray.

To do that, you have to have a pretty broad understanding of the various government guidance, how it has been issued, how it has evolved, and how some of it might be conflicting. You need to know where to look to find that information.

We’ve had cases where the government would allege fraud because too much rehabilitation therapy was being provided to patients in nursing homes. As you can imagine, there are a lot of conflicting views on that. How much therapy is too much?

You need to know where to go to find other sources within the government that would indicate that maybe they aren’t providing enough therapy. Or maybe the government is reading the standards wrong. Someone might be the best advocate in the world, but without that background they’re going to miss key arguments.

2. Not just knowing an industry but becoming a part of it is critical.

You want to be a full-fledged member of your client’s “industry or tribe.”

3. Have cases and clients you genuinely care about.

If you’re not personally invested in the outcome, you should find another line of work.

4. Be able to let things go once the matter is over.

Not every case will go your way. If you can’t handle a loss, you’ll be too risk-averse to fight the fights your clients need and want you to fight. You learn from your mistakes, but like a pitcher who blows a save to lose a baseball game, you have to be able to move on.

My wife of 37 years and I have five kids. Neither she nor any of them knows much about my cases or what I do day in and day out. I like it that way. My family is my refuge.

The full article is published on Medium.com

Chere Estrin is the CEO of Estrin Legal Staffing, a well-recognized nationwide staffing organization based in California. She is the President of the Organization of Legal Professionals. Chere was recently interviewed by Wall Street Journal & Fortune Magazine (www.estrinreport.com) and has written 10 books on legal careers, hundreds of articles and written up in publications such as the Los Angeles Times, Chicago Trib, Newsweek, Entrepreneur and others. Her blog, The Estrin Report, has been around since 2005. Chere is a recipient of LAPA’s Lifetime Achievement Award, Los Angeles/Century City Women of Achievement Award and a finalist for the Inc. Magazine Entrepreneur of the Year award. She is a former administrator in an AmLaw 100 firm and Sr. Vice President in a $5 billion company. She can be reached on Sundays from 3am-5am. Reach out at: chere@estrinlegalstaffing.com.+

This article was also featured in Attorney at Work.

Linda Gutierrez
I had the pleasure of working with Madeline and Brett they were quick to respond and get me situated with an amazing opportunity.

Brittany Toth
I really enjoy working with this company. I’ve been working directly with Brett and he’s awesome. Super responsive and works hard to find something for you. He also doesn’t give up on you so if something ends up not working out he’ll get right back to trying to find you something. I’ve really felt supported every step of the way and recommend Estrin Legal Staffing 100%.

Audrey P.
My last two hires (different positions) were from Estrin! I am thrilled to work with them!

Rana Hill
I can't say enough good things about this staffing company, and in particular Madeline Weissman. She was more thorough and organized than any other recruiter I have worked with in the past. She spelled out everything to be successful during the interview process to make it super easy to be a successful candidate. Do not hesitate to reach out to them (specifically to Madeline!) or to apply for any openings Estrin posts. Thank you Madeline for being so on top of everything!!

Laurie Gondreau
Madeline Weissman was an excellent recruiter for me and worked diligently, quickly and effectively to hook me up with a great law firm. I'm overjoyed to have found her and grateful for the hard work and help she provided to me.

Anush M.
Estrin Legal Staffing is the best in the business - they are professional, provide necessary guidance, encouragement and invaluable advice. Their candidate and employer match up is top notch and delivers successful results. Maggie was a pleasure to work with - amazing personality, super responsive and diligent.

Esmeralda Weinstein
I worked with Madeline and she was amazing! She’s about business and I love that. She helped me get an interview where I wanted to work for. She is fast at responding and let’s you know every update she has on her end until we know if we got the position or not. Thank you so much!!

Selene Vega
Maddie is awesome! She is so supportive and professional. I am so HAPPY to be working with her. I know I am in good hands with Maddie on my side. I cannot stress enough how thankful I am for her and Estrin Legal Staffing.

Ashley Williams
Stacey is the absolute best! She is very diligent and hardworking & strives for the best results & I appreciate everything she’s done to help me in my career! 🤎🤎