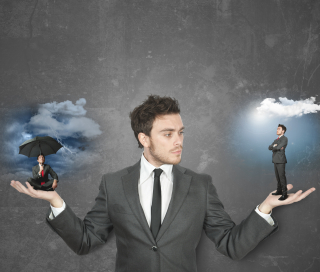 I was fortunate to be quoted in an article by Tami Kamin-Myers for Progressive Law Practice about ALSPs – Alternative Legal Service Providers. Here is a portion of the article. Please check it out. Thanks!

If it seems that ads from businesses offering services supporting the practice of law are popping up on your LinkedIn or Facebook feed more often than they used to, it’s not your imagination.

According to a new study (PDF) recently released by Thomson Reuters, Georgetown University Law Center’s Center for the Study of the Legal Profession and the University of Oxford Said Business School, more than half of large law firms and 60% of corporate law departments say they utilize alternative legal service providers (ASLP) to assist them with their burgeoning caseloads.

According to Chere Estrin, president and CEO of Estrin Legal Staffing, law firms and corporate legal departments outsource work in three main areas. They are:

In fact, the ever-increasing demand for professionals who can support the efforts of law firms and corporate legal departments is what led Estrin to create her company in 2009 in the first place. She is also the founder of the Organization of Legal Professionals (OLP), a non-profit entity providing online e-discovery training.

Based on the success of the OLP, it became clear to Estrin that her company “had a handle on people looking for jobs. We had an 'in' with candidates,” she says.

When the recession hit and many lawyers lost their jobs, they sought ways to support themselves. Meanwhile, law firms and in-house departments still had work that needed to be completed, and the idea of hiring experienced lawyers on a contractual basis to assist with support services grew more appealing. Certainly, costs were lower, and slowly, law firms and in-house departments broke away from the notion they themselves needed to provide every service to their clients emanating from their cases.

With so many lawyers out of work after the recession, “unemployed lawyers could be hired for less than a paralegal,” Estrin says. While fees being charged by these attorneys have increased since the recession, they are actually lower now than they were five years ago, she says. “What you get is a high quality, good attorney doing the work.”

Today, it’s not just out-of-work attorneys drawn to offering support solutions to law firms. They are attorneys in transition, retired lawyers seeking to supplement their incomes and lawyers looking to pad their caseload, Estrin says. And, contrary to the findings of the Thomson Reuters study, Estrin says it’s not just Big Law or corporate-types outsourcing support services.

In fact, she says, it is mid-size law firms “where there is growth,” she says. Still, Estrin says the overall findings of the report are right on. “Because of training aspects, law firms and corporate law departments are better served by utilizing outside support,” she says, offering several reasons for that opinion.

Steve Smith, president and founder of GrowthSource Coaching, agrees there is a growing need for ASLPs. “Areas that are gaining increased opportunity have to do with specialties the law firm does not have knowledge of,” he says.

In addition, with the massive amount of government reform currently taking place, “huge areas of opportunity” are opening up for traditional law firms. Examples include taxation, healthcare, environmental, gender bias and workplace compliance.