5 Good Reasons Public Speaking May Not Be Working For You 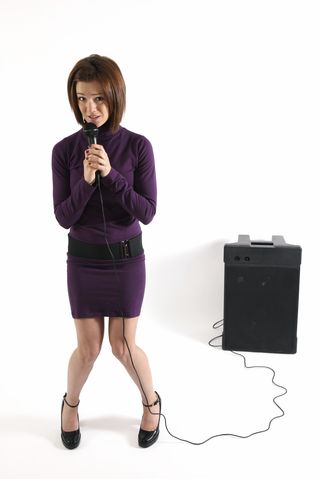 According to public polls, the number of people suffering from a fear of public speaking
trumps fear of death.  This has always been hard for me to understand as I have always enjoyed the experience – public speaking that is, not death.

In this day and age when getting heard is so important, public speaking has become a critical tool in moving your paralegal or legal career forward.  So, what is this fear, exactly, and why is it so paralyzing? The truth is, we’re not really afraid of speaking in public.  We’re terrified of being humiliated.

It’s a subtle distinction, but a very important one. What can you do if you’re afraid of public speaking except avoid the whole mess by simply not participating?  If you acknowledge that the source of the dread is humiliation and not terror of saying what you think or know, you’ll actually stand a chance of overcoming the fear.

Don’t say, “I’m afraid of speaking in public”. Start saying, “I’m afraid of being humiliated.” You’ll immediately feel better. If you take a look at the times that you have actually felt publically humiliated while speaking, you’ll probably realize that those times are next to none.  One of my favorite quotes from Eleanor Roosevelt may help derail your negativity:  “No one can make you feel inferior without your consent.”

Let’s look at contributors to public speaking panic and the paralyzing idea that you will never be able to face your colleagues again.

1.  Some kind of public humiliation has happened to us at least once in our lives.  Somewhere along the line, something we did caused an adult to criticize, cut us down or punish us for something that we thought was perfectly ok to do.  We’re surprised by the reaction to our actions.  Somewhere in our lives, our peers were brought to tears of laughter over something that we did that never occurred to us as funny.  We feel shame.

2.  We’re so self-focused that we concentrate on getting approvalfrom our audience rather than giving them a good experience. We have an inexplicable need to be perfect, no matter what.  We’re too concentrated on audience approval rather than filling the role of teacher – what a good speaker really is.

3.  We refuse to adequately prepare. We don’t know our material, we haven’t rehearsed it and we think by winging or improvising it, we are better speakers.   When in front of the audience, we forget what we’re supposed to say, lose track of what we’ve already said or fumble trying to recall what comes next. We then suffer from deep embarrassment.

4.  We’re not so sure what we’re saying has value. We under-deliver or over-deliver in a frantic attempt to overcome our insecurity. We stand there wishing to God that we were anywhere else but in front of this audience today, or any day, for that matter.

5.  We’re too busy comparing ourselves to someone else: the speaker who came before us, the speaker coming after us, a public figure, mentor, colleague.  We make up a derogatory self-rating system and decide we could do better but unfortunately, damage has already been done – there are no “do-overs”.

I remember once years ago being a guest speaker for the Toledo Bar Association.  I can’t remember what the topic was.  But I do remember that midway through the talk, I had this uneasy feeling that there was something amiss behind me.  And by behind me, I meant my behind.  My gray wool designer pin-striped silk-lined suit skirt seemed to be rustling.  Rustling?  This sure was distracting. I had a feeling that I better not turn around.

Standing at the podium, I reached around with my left hand to feel my backside.  I tried to do it kind of casually to see if I could feel what was going on.  OMG.  I could feel my underwear.  My underwear????  I kept talking and kept feeling my skirt.  Oh, Lord.  It felt like my hem had somehow gotten stuck in my zipper.  I tried unsuccessfully to pull the hem out of the zipper and to keep talking like nothing was going on back there. No success.  I began to sweat.  My recently acquired pure silk white Ann Taylor blouse I bought on year-end sale began to show tiny spots of beige foundation as perfectly formed round beads of perspiration rolled off my face and onto the collar.  I didn’t know what to do. I figured I’d better excuse myself and go fix the problem.  Even though we weren’t scheduled for one, I told the audience they were in luck!  We would be taking a five minute break.  I then walked backwards off the stage and directly into the restroom pushing the door open with my backside.

In the Ladies Room, I found that indeed, my hem was stuck into the zipper all the way up to my waistband.  The problem was, despite my efforts, I could not get it unstuck. I couldn’t even get the skirt off or twist it so the back of the skirt was in the front and the front of the skirt in the back.  The dang hem would not come out of the zipper. The minutes were ticking down.  The audience was waiting.  Ten minutes passed. Nothing.  Fifteen minutes. Finally, in a desperate attempt to get back on stage, I ripped the hem out causing the zipper to rip wide open.  I looked at myself in the mirror.  Uh-oh. Now, I rationalized, was not the time to panic.  Oh, no.  Panic was not going to work here.

Law firm training and being around anxious attorneys prepares you for the unexpected.  So, I did the only thing I could sensibly think of:  I yanked my blouse out of my skirt, pulled it over the broken zipper, took the jacket off and tied the sleeves around my waist.  Being a bit chubby, the sleeves barely went around my waist.  I didn’t care.  I went back on stage as if nothing happened.

As I walked confidently back onto the stage, head up, shoulders back, the jacket fell off falling directly in front of me.   I tripped over it and went straight down on my knees.  It was just one of those days.  The audience laughed. Oh, man, I thought.  This just may be a career buster.  I consoled myself by thinking, “Well, if nothing else, Toledo got its money’s worth.”  I got up, took a bow, and acted as though it were all part of the show.  To this day, I have no idea whether people were just too polite to say anything negative or everyone in Toledo knows a) I’m good in a crisis or b) Chere Estrin wears plain, old-fashioned pink cotton underwear.

In the next post, we’ll talk about 5 ways to overcome the fear of humiliation when speaking in public.

Career Coaching:
Need a paralegal career coach? After 20+ years in the legal field, I am taking just a few career coaching clients on Fridays. If you are looking to find out how to move up the invisible ladder, deal with difficult personalities at work, don't know if you should move up, over or out or are having problems finding a job and you don't know why, or other work-related challenges, contact me for professional coaching. chere.estrin@paralegalknowledge.com